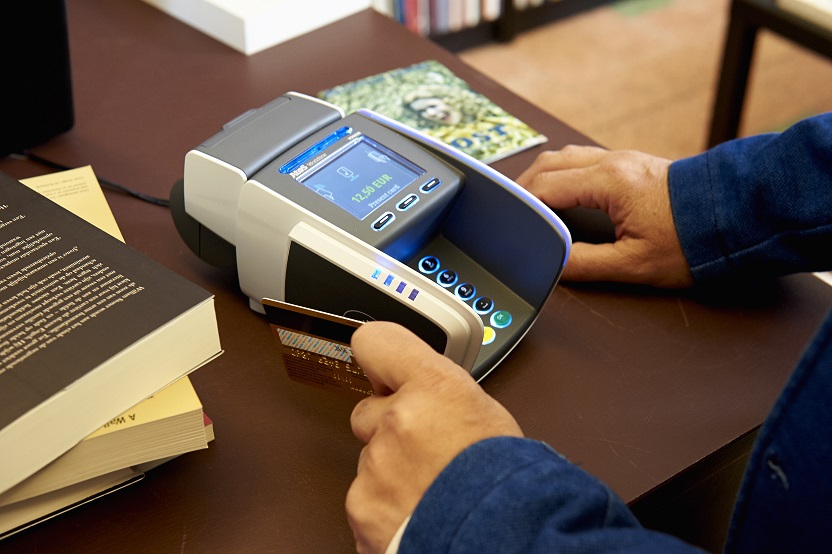 Luxembourg, 3rd February 2016 – Visa Europe announced today that the banks of the Financial Centre of Luxembourg have decided to issue contactless payment cards. These cards will facilitate transactions between consumers and sellers, allowing them to make faster, more practical and more secure payments. Upon expiration, the banks will replace credit cards with cards equipped with Visa payWave, based on NFC technology (Near Field Communication – short waves transmission). V PAY debit cards will follow in the second half of 2016.

For consumers, daily purchases will now be faster and more convenient. No more coins that fall and get lost, payment now happens in the blink of an eye, just by bringing the credit card within 10 cm of the payment terminal. No need to count out the exact amount or to wait to get the money back, or even to insert the card in the terminal.

Another innovation: a pin code is no longer required for amounts under 25 EUR. Above 25 EUR, the PIN is still required – but the card never needs to be inserted into the terminal, contrary to some neighbouring countries. In France, for instance, payments of more than 20 EUR require validation through the insertion of the card into the terminal and the PIN code. Only in exceptional circumstances, in order to ensure security control, the insertion of the card in the reader may be required in addition to the PIN code.

The advantages for merchants are many: increase of purchase speed, decrease of paying queues, less money accounting and sorting as well as less cash to deposit in banks or hold in the cash register – which considerably reduces thefts risks, accounting mistakes or fake banknotes and frauds. As transactions are made without inserting the card in the terminal and without systematic PIN code typing, the time gain is obvious. Paying for daily purchases with contactless cards is thus easier and faster than a traditional card payment and, in addition, more secured that a cash payment.

“Visa Europe does everything to offer merchants and consumers a simple, safe and secured mode of payment,” said Jean-Marie de Crayencour, Country Manager BeLux for Visa Europe. “As pioneers in the contactless payment expansion in Europe, we are proud to be associated with the Luxembourg Financial Centre in order to support contactless expansion to the Grand-Duchy. As contactless payments are becoming available for all, we are confident that Luxembourger merchants and consumers will enjoy speed and comfort of the ‘Touch & Pay’ technology, already very popular in other European countries, for the same level of security and guarantees that Visa Europe offers for standard payments.”

"It is great news that Visa credit cards issued by Luxembourg banks are now contactless" says Stefanie Huls, Executive Director of CETREL and Six Payment Services in Luxembourg. "As a leader on the Luxemburgish market in the acceptance and processing of electronic payment transactions, we provide free replacement of payment terminals for our existing merchant customers, to make this new function available to them. We are convinced that this technology will soon be the leading one in Luxembourg, as it has already been well adopted by consumers, merchants and banks in many European neighbouring countries."

Worldline, European leader in e-payment services with a strong presence on the Luxembourgian market, is delighted by the decision of the Luxembourgian banking community. “Many of our Luxembourger clients – merchants using Worldline terminals with a default contactless reader – already accept NFC payments today, done by expats and tourists. They are excited by this functionality that facilitates the ease of payment and confirmed to me that they look forward offering this same comfort to all Luxembourgers”, says Willy Walraeve (CEO Worldline Benelux).